September 22nd, 2015... it started out just like any other Tuesday - work, play with the cats, a little more work... watch a couple of movies with the cats (is there a common thread here?)... and then as we were readying the downstairs for bed, everything in our house went quite pear shaped and my fluffy boy died in my arms.

Loki was my fluffy, fluffy boy - always happy, forever stuck in kittenhood due to a very serious illness he suffered in his early months that left him with mild brain damage. He was a perpetual toddler and everything was new and wonderful each time he awoke from a nap.

That dreadful day he was his usual playful self right up until the end. He spent his day napping in the sun, playing with his sister, and hanging out in the garage checking up on his motorcycles. He loved motorcycles more than any cat I've ever known! He was always ready to watch MotoGP. Need to work on one of the bikes? Better leave the door into the house open so he could come and check up on your progress and manage those bolts for you!

Just before it happened he had hopped up on the sofa to watch the end of 'Top Gun' with us. He was cuddling, stealing popcorn, and being his usual adorable self. Then he hopped off the sofa and acted as if he had a hairball. The next thing we knew he had fluid coming from his mouth and collapsed. I scooped him up, hugged him tight, and soothed him telling him how perfect he was - for he was absolutely perfect. And then he was gone and with him, a huge part of my world. His sister also stayed with him, right up until the end. The vet said it was congestive heart failure. Was giving it a name supposed to magically cause it to make sense? I think not.


Not finding his tufts of fluff in my helmet feels so strange.

I miss him more than words can ever express. I have 2 other cats, but this little guy held a huge part of my heart in his overly fluffy paws and he took that with him.
Scratched out by Rogue at 3:57 PM

It's almost October? How did that happen, where did summer go? Again I didn't get to do half the riding adventures I had hoped. Between work, life, and weather it's been a hectic year which will hopefully settle down soon and I can get in some nice fall rides to see the gorgeous foliage. 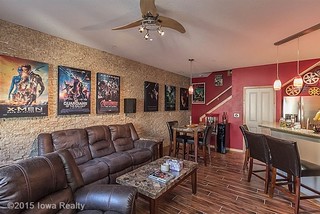 The key thing that has eaten up so much of my time has been my townhouse. The husband and I decided to do a nice remodel of the entire downstairs this past spring. We estimated $8k and 2 months to complete everything. The reality was $13k and 5 months of virtual hell. Why so much longer and so much more expensive? Well... the short answer is that our new refrigerator became damaged when the delivery guys attempted to switch out our very dented door with a new one. They managed to crack the water coupling inside the fridge and it slowly leaked just enough to eventually make our floating floor become truly floating. So, we had to add some drywall repair and flooring replacement to the plan. New floor looks great, though, don't you agree? That's actually a tile floor that looks like wood. No more worries about water damage! We also added the stone finish along that back wall. We also had new granite counter tops and a custom cut stainless steel backsplash done for the kitchen. Finally we had the downstairs just the way we wanted it! Hooray, we're going to enjoy the fruits of our labor for a couple of years and then sell the house. Yep, that was our plan. Life had other plans, though. 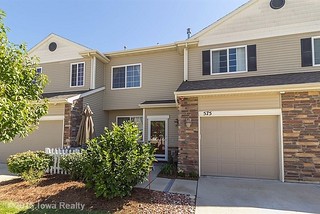 Jump forward to July and my husband's job situation changed significantly. His company lost the government contract to which he was assigned. The new company decided they wanted to keep him on and transitioned him to their staff. Great! No job loss stress, whew!! The new company though, has his job assigned to work remotely - meaning he doesn't go into an office anymore. "But Rogue, how could that be bad," you ask? Let me explain... you see that cozy (read small) 1 car garage with 2 bedrooms townhouse on the right? Yeah, that's our residence. We used to Tetris my car and 3 motorcycles into that garage for winter. This past summer, I sold my car since I never drove it anyway, and it's been very roomy motorcycle parking. Add to the small house that I've been working from home since the fall of 2010 and you start to see the problem - being close is great, being close 24/7 is not. It became very obvious the first week that we had to get a larger place. 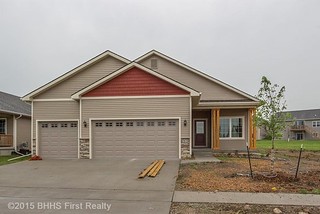 After much searching, we found a great 3 bedroom, 3 car garage home with a large unfinished basement about 25 minutes from our current home. Let me say that again: Three. Car. Garage! I don't know about the mister, but I've already picked out my next 2 motorcycles! We each get an office, and we'll have plenty of space from the start and more than enough to keep us happy for the next 15 years once we finish out the basement into a dedicated office space, equipment room, theater room, and wet bar. Our townhouse sold rather quickly, which was a true blessing because trying to coordinate showings when you both work from home and you have 3 cats and a dog is not an easy task. Finally last week all the details were nailed down and we were looking forward to being able to relax with our furkids for a bit before the upheaval of the move. That was the plan....

And then on September 22nd the our whole world went pear shaped in a matter of minutes. That nightmare can be found here.
Scratched out by Rogue at 2:30 PM